I knew that somewhere along with way, I wanted to plant seeds with my preschoolers.  I also knew that I wanted to read The Tiny Seed by Eric Carle before we planted.  Since Carle has so many beloved children’s book, I decided to do a Eric Carle author study.  We didn’t get to everything that I had planned, but I guess it is better to have too much, than not enough!  Here is what we did get to…. 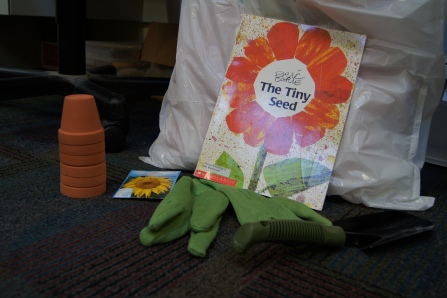 We read The Tiny Seed. I also picked up a bunch of three packs of small flower pots at the dollar store. I bought soil, without any chemicals in it, some gloves (which we didn’t end up needing), and a small shovel.  I also, of course, had seeds.  I used sunflower seeds because they grow so fast. 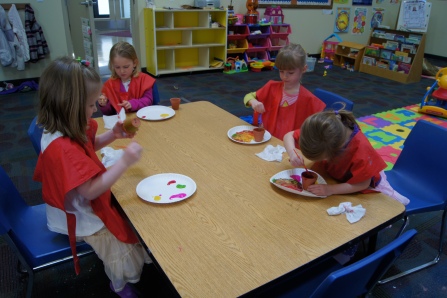 First, I had the kids paint their pots. 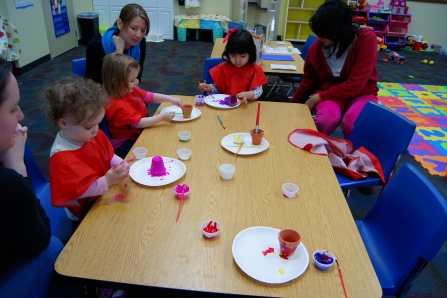 Some used more paint than others…We filled the pots with the soil and the kids added the seeds.  I am really excited to hear how they take care of their seeds during the upcoming weeks.  I have a feeling that there may be some major overwatering going on. 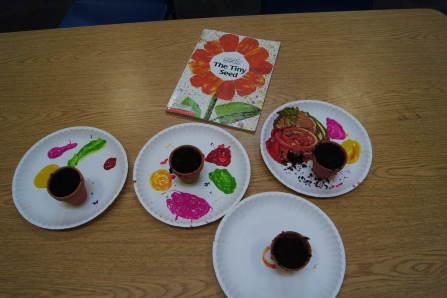 Here are some of the final products… 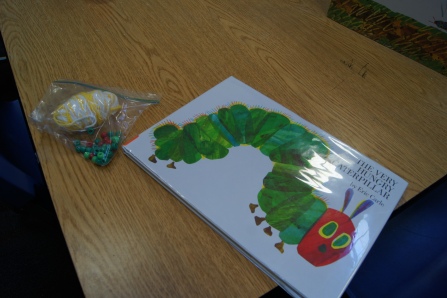 We read The Very Hungry Caterpillar. I had string and red and green beads.  I found this idea here.  There are also a ton of other ideas on the site that I am going to keep in mind in the future!

The kids either made bracelets or…..

necklaces!  They look like little caterpillars and the kids really to like wearing and making them! I also had coloring sheets and a caterpillar tangram puzzle available for the kids to complete. 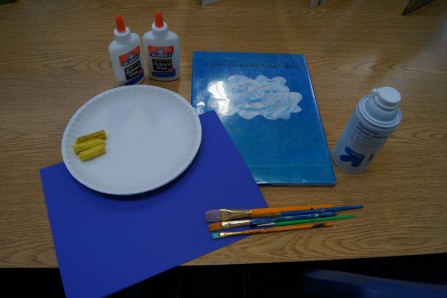 We read The Little Cloud and talked about times that we have tried to find shapes and animals in the clouds.

We mixed glue and shaving cream to create a cloud-like consistency. They loved this activity! Most of the asked to do it over and over again!

They created different shapes, but mostly ended up filling up their entire piece of paper. It dried, eventually, and still looked like a cloud.

Eric Carles’ books lend themselves so well to early learning with preschoolers!  You can focus on the different animals, the art, anything!  We had so much fun this week!

PS-Follow Learning With Miss Jenny on Facebook and Pinterest!  I even have a “board” devoted to Eric Carle!

PPS-  I went to Eric Carle’s Webpage here.  We filled out his guestbook and he sent us a postcard in the mail!