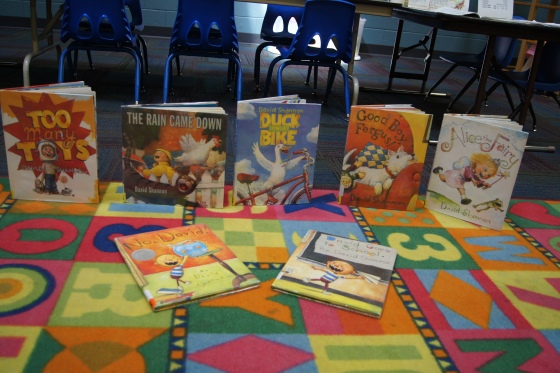 Our recent “Awesome Authors” class focused on David Shannon.  I had so many ideas!  I really had to limit myself.  Most of the kids were familiar with David Shannon’s work, especially the “David” books.  Here is what we did… 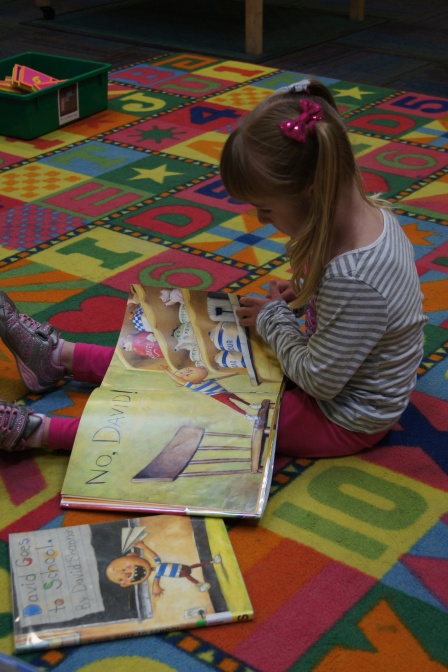 I had all of the books from our local library by David Shannon. I made sure to keep them where the kids could pick them up and read them on their own. 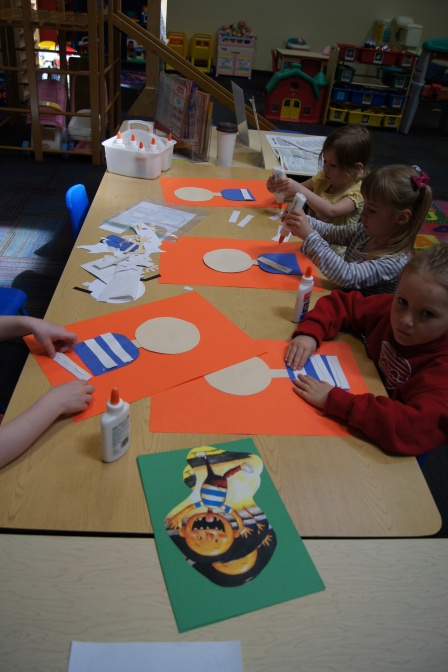 I did things a bit different this week, where we made a craft before we read anything. I thought that if we did this first, the kids would connect to the stories better. I showed the kids the cover of the book and they created their own “David.”

For our “David” craft I had for each child:

~In skin colored paper~One head, neck, two arms, and a nose shaped a bit like a triangle.  I drew two circles on the noses for the nostrils

~In white paper~Three, or more depending on the size of the body, strips the width of the body, optional several teeth

~In black paper~ One mouth, optional several strips for the hair

~Eyes (can be attached or drawn on)

~Paper to attach it to, I used orange like the background of No, David 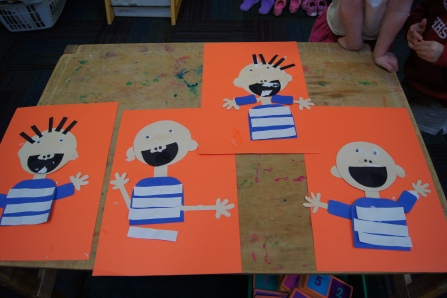 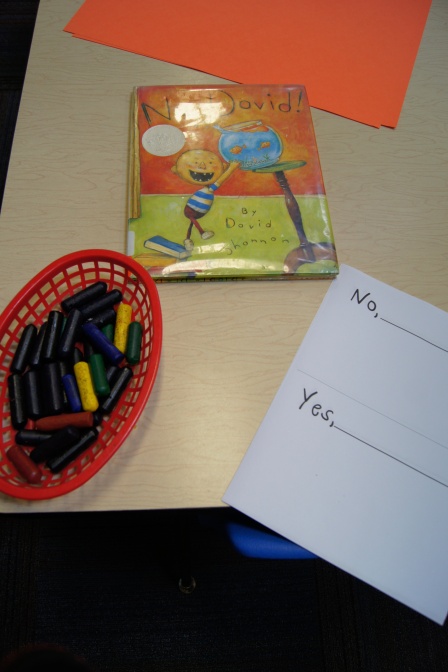 Next we read No, David and the kids loved it!! After reading the book, we did the activity that I found here. 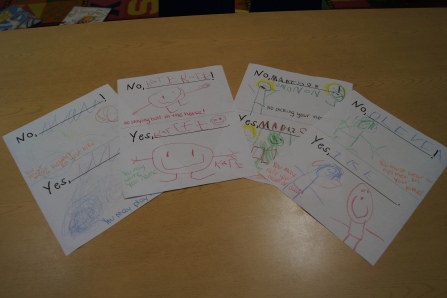 Most of the kids did really well with this activity. Some had a hard time thinking about something that their parents don’t let them do! That was surprising! 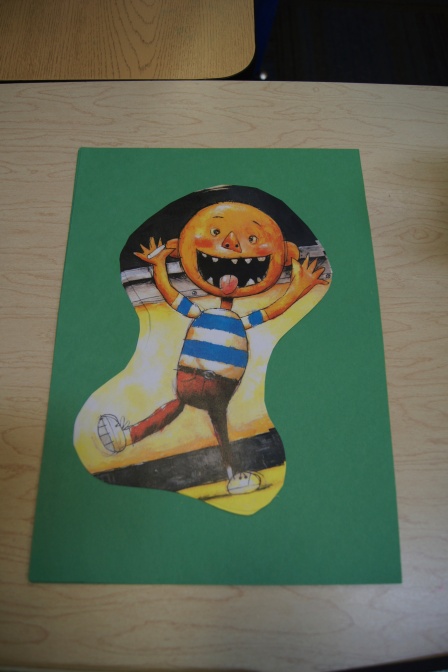 To prepare for the next activity, I copied a picture of David from David Goes to School and attached it to a piece of paper. 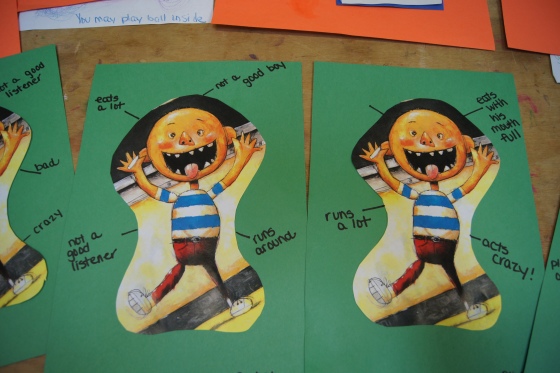 Next, we read David Goes to School. This book was new to the kids, and of course they all loved it! After we read it, I tried to teach the kids how to describe someone.  This task was easier for some kids more than others.  Then I called them back to the table one at a time and asked them to tell me four ways to describe David.  They did a great job with this one!

After our snack, we read Alice The Fairy.  If I had more time, I would have made wands with the class.  Maybe next time!