We had a ton of fun learning about the books written by Anna Dewdney!  We primarily focused on the Llama, Llama series, however, I had a couple of other books available for the kids to read if they wanted to.  This was the final class of my “Awesome Authors” series which was really a shame, because it was such a fun class!  I am thinking that I may offer it again in the fall. Here is what we did…

END_OF_DOCUMENT_TOKEN_TO_BE_REPLACED 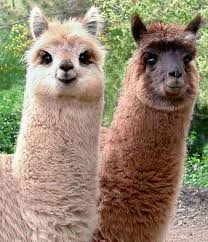 Today we focused on the “Llama Llama” series by Anna Dewdney.  I will post my lessons and pictures in a bit, but I wanted to give you a game that we played first.  I found llama clip art, created a table in word, and placed the llamas in the rectangles.  Then, I printed eleven copies (one per child in my largest class and one extra for me to keep track of what I have called out).  I colored each llama on each board a different color.  Ninety-nine llamas later, I had a fun bingo game!  The coloring took a bit, but I am planning on using this game with my Awesome Authors class and my Preschool Prep class as well.  I also laminated it so I could use it year to year.  You could cut off the title and fit different sight words, opposite words, or letters on the llamas, if that fits what you are learning.  I bought a bunch of pencils and erasers from the dollar store for prizes.  I’m glad that I had a lot of prizes, because we had a lot of winners!  After they got the hang of the game, they loved shouting BINGO!

Our recent “Awesome Authors” class focused on David Shannon.  I had so many ideas!  I really had to limit myself.  Most of the kids were familiar with David Shannon’s work, especially the “David” books.  Here is what we did…

END_OF_DOCUMENT_TOKEN_TO_BE_REPLACED

I knew that somewhere along with way, I wanted to plant seeds with my preschoolers.  I also knew that I wanted to read The Tiny Seed by Eric Carle before we planted.  Since Carle has so many beloved children’s book, I decided to do a Eric Carle author study.  We didn’t get to everything that I had planned, but I guess it is better to have too much, than not enough!  Here is what we did get to….

END_OF_DOCUMENT_TOKEN_TO_BE_REPLACED

Another activity that we did for our Mo Willems Author Study (see more here) coincides with Don’t Let The Pigeon Drive the Bus.

Here are the materials for the puppets that we made. You can see the pigeons in the left corner. The speech bubbles were used for a different activity, which I will post about shortly.

END_OF_DOCUMENT_TOKEN_TO_BE_REPLACED

On Saturday, we had our Preschool Awesome Authors class.  This week, we focused on Mo Willems.  We had so much fun!  We ended up reading three of his books in class.  One of which was Knuffle Bunny Too: A Case of Mistaken Identity.

After reading and discussing the book, each child created a glyph.  I think that glyphs are so much fun to create and it is a great way to try to have kids show their individuality.

END_OF_DOCUMENT_TOKEN_TO_BE_REPLACED

Today I had the pleasure of meeting the adorable kids in my Awesome Author class!  It meets on Saturday for two hours every month, for five months.  Every class I focus on a different author and/or illustrator.  For the first week, we learned all about Kevin Henkes (one of my all-time favorites).

I went to the library and took out one of every picture book that they had written by Kevin Henkes.  I specify picture book because he wrote chapter books as well.  I probably had about twelve books.  We ended up reading “Wemberly Worried” and “Lilly’s Purple Plastic Purse”.  We also looked through “One Day” and “Owen”.  The other books were available for the children to look through and for parents to note for future library or bookstore trips.

During our first circle time, I read “Wemberly Worried”.  The kids really liked it.  We stopped several times and talked about all of the different things that made Wemberly worry.  We talked about how she cuddles with her stuffed rabbit, Petal, to feel better.  I tried to encourage the kids to make text-to-self connections.  We talked about different strategies that they try when they are feeling worried.  Many mentioned that they had stuffed animals of their own that they snuggled with when they were feeling upset.  We also talked about what made them worry (most had issues with being in the dark).

I made an enlarged picture of Wemberly and hung it on the easel.  When we were finished with our conversation, I had the kids take turns sharing something they learned about the main character, Wemberly.  As the kids were sharing, I wrote their ideas on a sticky note and they stuck it up on the picture.  This showed the children’s words in print, that they were describing the main character of the story, and reinforced active participation in learning. These are all strategies that are used in Kindergarten. I am finding that I get really into my classes and cannot seem to remember to take pictures of everything!! It is very frustrating!  Unfortunately, I didn’t get a picture of Wemberly with the sticky notes on it, but the kids came up with great details from the story.

Next, we studied the cover of “Wemberly Worried”.  I got this idea from this website.  This blog has a ton of great ideas and all of the templates for this cute craft.  We took watercolors and created circles with different colors until the page was filled, pretty much. After the paint dried, the kids glued the different pieces of Wemberly onto their painting to create the cover.  Next, we attached it to a large paper.  At the bottom, I asked them to think back and share something that worried Wemberly and then something that worries them.  Some of the children wanted to look back through the book, which was a great strategy for remembering. Here is the end result….

The second craft that we did was a modified version of  this, based on “Old Bear”. I changed a few of the icons and the paint colors.  We divided a paper plate into four sections and then painted them. Then we came back after the paint dried to glue on the pictures and construct the bear spinner.  One note, the paint took FOREVER to dry and I ended up having to extend class a few minutes to finish this one.  If I had more time, we would have played with the spinner a bit and talked about the different seasons a bit more.

Waiting for our plates to dry…

We cut out different characters (Wemberly, Lilly, and Owen) from here.  We glued them to popsicle sticks to make puppets.  As the kids were enjoying their snacks and playing with their puppets, I read “Lilly’s Purple Plastic Purse”.

Overall, this was a really fun class!! Seriously, I was bummed when it ended.  In addition, we covered so many concepts taught in Kindergarten!  I can’t wait for our next class!

I feel like I’m not worthy of creating a post on such a legend as Eric Carle, but here I go.  I love Eric Carle!  I remember reading his books as a child, learning all about him throughout college, and using his books as a teacher and mother.  I remember in college watching a video of him creating some of his works.  He was taking small pieces of different colored tissue paper and carefully creating a collage.  When finished, he had a creation that was uniquely his.  One can quickly identify Eric Carle’s work by its vibrant colors and simple-looking illustrations.

Eric Carle was born in the United States, but moved to Germany at age six.  He returned to the U.S. at age twenty-three and worked his way up in the area of graphic design/artistry. He was soon approached to collaborate with Bill Martin Jr. and viola-“Brown Bear, Brown Bear, What do you see?” was created!  Since then, he has written and/or illustrated more than 70 books, most of which have become best sellers!  One of his most treasured was one of the first that he wrote and illustrated, “The Very Hungry Caterpillar.”

Here is a video of Mr. Carle discussing the collaboration between him and Mr. Martin Jr.-Very interesting!

END_OF_DOCUMENT_TOKEN_TO_BE_REPLACED

Patricia Polacco holds a special place in my heart because it was one of her books that first made me love picture books.  The book is entitled “Thank You, Mr. Falker.”  I discovered it during my first year teaching.  It is about a little girl who has trouble learning in school and is really embarrassed because her classmates tease her.  Eventually she ends up in Mr. Falker’s class.  Mr. Falker takes the time and effort to discover what is holding the little girl back.  This story is so real and touching.  I had a hard time getting through it for a while without crying, because I found the teacher so inspiring.  A lot of Patricia Polacco’s books are similar.  They are usually personal narratives that have a way of pulling the audience in by connecting them with the experiences and emotions of her characters.

According to her website, Polacco was born in Michigan and spent most of her time with her cherished grandparents on a farm.  She then moved a couple of different places before setteling in California.  Her parents divorsed and she would spend the school year with her mom and the summer with her dad.  The neighborhood where she grew up was very diverse.  Polacco had a very hard time in school and didn’t learn to read until she was 14.  The reason that all of this information is relevant is because the characters of her books have similar experiences.

Another aspect of Patricia Polacco that is important is her passion to help children learn to read and write.  She visits about 300 schools a year to help encourage students!

Here are a few examples of her work:

Allen Say is an author who many people are not too familiar with, but should be.  He has written and illustrated many picture books, primarily geared toward elementary-age children.  Many of his books can also be used to teach upper elementary and middle schoolers important life-lessons and historical diversity.  His artistic style is so unique with its rich and vivid tones that his books are easily recognizable.  Say’s subject matter is usually semi-autobiographical.  He was born in Japan in 1937.  His father was a Korean orphan raised by a British family and his mother was Japanese, born in California.  Say’s books often feature Japanese characters in cross-cultural situations and experiences.

Some of Allen Say’s work: